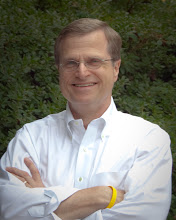 Glynn Young is the author of the novels 'Dancing Priest' and the recently released 'A Light Shining'. I've been following him here on blogger for a while now and his writing and experiences have always been a blessing to me. He posted this version of The Nativity by the Inn Keeper in 2010 and it's been on my mind since then so i finally asked him for the permission to share it with you guys. I realize it's not Christmas but there is something about the way this story is told that it doesn't need a season to be a blessing... especially if you read between the lines. Happy Easter. 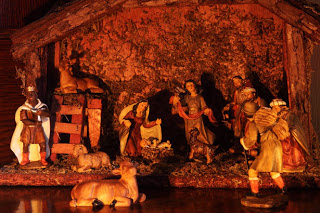 Yes, I remember them. And don’t look at me that way. You have no idea what it was like. Do you know how many people I had already had to turn away? I could have filled the inn four times over, that’s how many. The town had been packed for days, you couldn’t walk in the streets without stepping on someone, and people were sleeping anywhere they could find. We were all waiting for the Romans to finally come do the census thing, and we all knew what that was about – taxes.

Everybody came knocking, crowds of people, family after family. It was depressing. They’d put the children in front so I could see the big eyes and tears and it was tough to keep saying no room – no room – no room. At first, you’d try to be helpful, you know, and suggest some places that might accept guests, a few people in town were renting out rooms and beds, even porches but you had to be desperate to do that because it was cold. I had people sleeping under tables in the kitchen, yeah, I know what people said, that I’d make a buck any way I could. But it was awful there were so many people. Old, young, the sick, even some people dying, like the Romans were going to milk that cow, I mean, what was the point?

So we did what we could. And feeding them was no picnic, either, let me tell you. Food prices jumped 25 percent in a week. Too many to feed and not enough food to go around. I got a shipment in from Jerusalem and that helped but it cost me dearly, those Jerusalem merchants are a pack of vultures, that’s what they are.

I shut the door in his face. And that dirty peasant started banging on the door, shouting at me. They were both filthy from the dust, they’d been traveling for days. What a sight. My woman finally shouted at me to give them the animal stalls, so I told him if you can stand the smell you can stay there.

He ran. He picked her up from the donkey and he ran. He didn’t even ask me how much, not that I could have charged him anything, I mean, sure it was crowded but to sleep with the animals? I’ve got a heart, you know.

I didn’t think anything more about them, until a few hours later. I was exhausted from feeding and serving all the guests, and they were a rude, obnoxious bunch, too, insulting the food my woman cooked, she worked her fingers to the bone and we get what, insults? I told them they could leave if they didn’t like it, that shut them up, you can take it from me.

So I’m asleep and she starts shaking me, wake up, wake up, she said. Something’s going on in the stalls. My first thought was that dirty peasant had lit a fire, yes, I know it was cold but you don’t light a fire in an animal stall. So I grabbed the bucket and ran outside and sure enough there was a glow and I just knew a fire had started so I ran with the bucket,water sloshing over the side, my wife had filled it before we went to bed so she wouldn’t have to fetch in the cold, and what do I see but a crowd, a crowd, and they’re standing there, watching. I was ready to break some heads.

So I push through the crowd and then I see them. They’re in the glow. I don’t know where the glow came from. Above, that’s all I remember.I stood there, stunned. I couldn’t speak. It was the couple and the baby.

And I don’t know how I knew this but I knew, maybe we all knew, this was something like we had never seen before. It was like my head emptied out. I couldn’t think. I couldn’t speak. And if you ever repeat this I’ll deny it, but I’ll tell you confidentially that I cried. I fell to my knees and I cried. And I wasn’t the only one. You should have seen the shepherds. Well, you could have smelled them too, but you should have seen them. On their knees and crying.

The magicians came later. And Herod’s troops after them. That couple left with the baby right before the soldiers arrived, and then the horror, I still can’t talk about it so don’t even think of asking.

But, yes, I saw them and gave them a place to stay. But this business about him being the Messiah, the one they killed in Jerusalem, I know nothing about that. And don't you say I did.

I don't have the heart to take this down just yet, the number is useless but the email is the same... Holla at ur girl ;)

dosh
This is not a gated community, you can sit with me. My comment box is deleted but you can contact me here: dooshima2002@yahoo.com or @doshix on twitter and instagram National Suicide Prevention Lifeline: 1-800-273-8255