Lent you Outsiders and my new Badu
While you were thinking I didn't have a clue
Tough to sort files with your voice in my head
So then I bribed you downstairs with a Malboro Red
And now I feel so small discovering you knew
How much more torture would you have put me through?
You probably saw me laughing at all your jokes
Or how I didn't mind when you stole all my smokes

Her name is Cherry, we've just met
But already she knows me better than you
She understands me, after 18 years
And you still don't see me like you ought to do

And when I'm lonely, Cherry's there
And she plays along while I sing out my blues
I could be crying and you don't care
You won't call me back, you're stubborn as a mule

Bwahahahahaha!!! Get your stinky little minds out the gutter :p This is just one of my favourite songs by Amy Winehouse. The first part is from the song You Sent me flying while the second part is titled Cherry and it's a skit after the first one on her Frank album.
I loved Amy Winehouse! I never agreed with the way she lived but i loved her music and it is sad that for me she is one of those rare talents that will never be replaced in the music industry. She died a year ago today on July the 23rd, 2011.

Life is hard, life is really, really hard and the truth is that we have all made bad choices and will still make bad choices even when we know better. I also know that tough love works but tough love is not cruel and sometimes, all it takes is a smile and a kind gesture to change someone's perception of the world. Be kind to people, even when there's no reason to be, especially when it hurts!

In the words of Kimya Dawson, if you wanna burn yourself, remember that I love you; send me an IM, I'll be your friend.

Here's a listen to both songs, Cherry starts at 5:18 after You Sent Me Flying. It starts a little slow and melodramatic but warms up beautifully and i love how she keeps you guessing about what exactly she's on about... Enjoy!

The link for mobile readers http://youtu.be/TwV5xUxBDxE 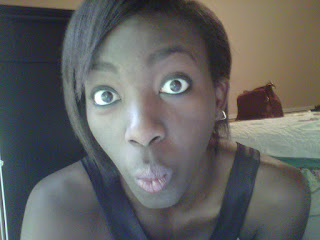 Now, buying a TV is not a big deal in itself per se. It's just that when you're an irresponsible brat who would rather spend money on food, lingerie, unnecessary road trips and friends than on where you live (hello everyone who saw my apartment in Abj) then buying any sort of furniture becomes a HUGE deal.

School starts in about a month and i'll be moving into an apartment 2 days before that (not student housing o *side eye*) all the while working full time and i'm scared out of mind. Talking of being scared, did i mention i killed a snake all by myself last Friday? 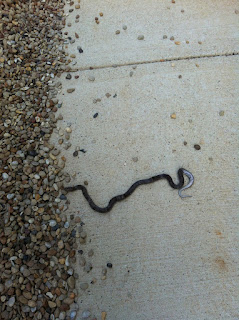 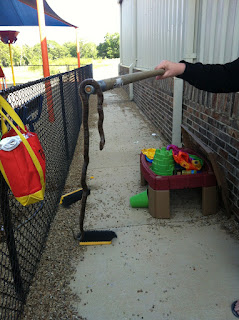 As I was saying, I'm scared of failing because i graduated (undergrad) in 2008 and i know my brain is rusty.

I'm scared of not finding the right roommate (roommate, housemate, flatmate same difference jor) to rent the other bedroom and
I'm even more scared that said roommate will up and leave without notice and i'll be stuck with bills i can't pay without feeding on my nails and hair.

I'm scared of not getting a job in my field till i'm done with Grad School but then again,
I'm scared that leaving my job will be me kissing goodbye to ever being a School Counsellor ( I need at least 2years of Teaching experience with a Masters to qualify for this, I have just 6months and i'm exausted).

I'm scared that i'm no longer scared of marriage and relationships.

I'm scared that there's so much trouble in Nigeria and all fingers are ending up on praying Nigerians who have been accused of praying and doing nothing else while the accusers accuse and do nothing else.

I'm scared that one day i'll have a nasty argument with someone on twitter over the last fear but above all,

I am scared of losing my faith.

I have hope though that this all is going to work out and God is going to make grace and favour be with me and my people so i'm happy and still a little tired but not so scared.

The best part though is having faith, because faith is stronger than anything hope could ever hope to be. So i'm holding onto my faith (and that of praying Nigerians) and smiling because i know that no matter what, no matter how, it will all be ok and this experience like every other will not be a weist. ;)

But sanctify the Lord God in your hearts and always be ready to give a defence to everyone who asks you a reason for the faith that is in you, with meekness and fear; having a good conscience, that when they defame you as evil doers, those who revilde your good conduct in Christ may be ashamed 1Peter 3:15-16
Posted by dosh at 9:23 AM

*There's a beautiful story by Sola Macaulay (Maid of Heart) at the bottom so if you don't care to know what's been up with me scroll down and enjoy :(

Update
My little (half) sister wrote some silly poem about her little brother where his skin tastes like chicken, jaws like pie, has sugar drop candies for eyes, corn dog elbows and yummy french fries for toes. It's ridiculously awesome and makes me appreciate my family.

I'm fine by the way, thank you so much, so, so, much for all the emails, text messages and tweets. It's all behind now and i'm grateful to God for His mercies on His stubborn little baby who hardly does anything right. God is pretty cool and i love Him.

On my not so short stint away,  I drove 8hrs (16to and fro) to Mississippi, 6hrs (12 really) to Louisiana and went roller coaster riding at 6 flags, fun!!! I also got a speeding ticket and hospital bill that knocked the breath out of me, lol but such is life.

Rememer Maid of Heart? Yeah, one of  'The Few Good Ones' that just upped and left Blogger without a warning? Yup, the one with Faith Dames , that one! She's also known as *drum roll* Sola Macaulay (yaaaaaaay!!! Anonymous spell broken) and she put up a post a while back that had the hairs on my body standing from excitement at her imaginations, the creativity of the Almighty Creator and the inspiration from the story. Read and stay blessed :*

Fish Tale by Sola Macaulay
“Father, Mother, I had a dream that I’m going to be used by God.”Papa and Mama Fish stared at their 800th son, their mouths hanging open. They wondered if they heard him right. Mama Fish was the first to recover as she swam towards her son.“Are you sure about this, dear?” She said, touching her fin to his, the look of concern written all over her face.“Yes, Mama. I have a special duty to perform.”Daddy fish guffawed. “Listen to me, son fish. We’re fishes. We don’t get used by God. We get eaten by bigger fishes or people if we get caught or we spawn till we’re aged.”“But dear,” Mama Fish responded, “don’t you think…”“Nonsense, mama fish. Son fish is dreaming.”Leaving his parents to argue, son fish swam out of the home cave and bumped into his brother at the entrance.“I heard everything. So you think you’re special.” He smirked.“I don’t know if I’m special,” he flutters his fins like a shrug, “I just know that I’m going to be used by God.”“Huh!” Said his brother and blew bubbles at him.Son fish swam out of the cave and felt an unusual current of water sucking him away. He glided on around his home and suddenly he saw a bright light in the distance. It was brighter than any light he’d seen, even brighter than when the sun pierced through the continental shelf. He became curious and began to swim. He swam up to the outer fringes of their territorial waters, following still after the bright light. Tired, exhausted but determined, he pushed on until the bright light moved closer to him and settled on the spot where he stopped. Just then another rush of current swirled up fine sand around him. When the dust settled, he saw a shiny button on the sea bed. He dove down and picked it up with his mouth. It was a treasure of inestimable value.Suddenly, he felt a rush of bubbles in the water. He knew the familiar sound very well and he knew he had gone far, too far for Papa Fish to rescue him. A big white fish swam steadily in his direction. He clamped his mouth tightly and swam as fast as he could, the big fish hot on the chase. The swish swash of strong current spun him around till he came face to face with fate. Clenching his jaws tight against the shiny button, he waited. The big fish lunged at him and in that moment when he expected to end in the belly of this formidable enemy, the strong current pushed him up out of the grasp of the big fish.A few seconds later he heard another familiar clunk in the water and this time he knew what he had to do. With the gold button firmly in his mouth, he opened wide just enough to accommodate the hook that pierced his jaw. The hook tugged and pulled him through the water up into the hands of a kind looking, bearded fisherman in flowing white tunic. He wriggled and thrashed himself against the wooden boat as the fisherman removed the hook from his mouth and peered closely to retrieve the gold button.The fisherman smiled, wiped the gold coin and flung son fish into a basket. Son fish thrashed one more time, feeling exhilarated. Even as he took his last breathe, there was a knowing deep down that he had just been used for the Master."And when they were come to Capernaum, they that received tribute money came to Peter, and said, Doth not your master pay tribute?He saith, Yes. And when he was come into the house, Jesus prevented him, saying, What thinkest thou, Simon? of whom do the kings of the earth take custom or tribute? of their own children, or of strangers?Peter saith unto him, Of strangers. Jesus saith unto him, Then are the children free.Notwithstanding, lest we should offend them, go thou to the sea, and cast an hook, and take up the fish that first cometh up; and when thou hast opened his mouth, thou shalt find a piece of money: that take, and give unto them for me and thee." Matthew 17:24-27
*
YOU are special
YOU were created for a purpose and
YOU are loved. You've always been and you always will be. Happy 4th of July!
﻿
Posted by dosh at 11:59 AM

I don't have the heart to take this down just yet, the number is useless but the email is the same... Holla at ur girl ;)

dosh
This is not a gated community, you can sit with me. My comment box is deleted but you can contact me here: dooshima2002@yahoo.com or @doshix on twitter and instagram National Suicide Prevention Lifeline: 1-800-273-8255